Naxos, the largest island in the cyclades group, is famous for its beautiful architecture and rich history. Zeus, the king of the greek gods was living in Naxos. It was the most important center of civilisation of the Cyclades in the ancient period.

Known for its incredible natural beauty, rich musical tradition and impressive rock formation and history, Naxos is the perfect place for all types of holidays.

According to Greek mythology, the young Zeus was raised in a cave on Mt. Zas ("Zas" meaning "Zeus"). Homer mentions "Dia"; literally the sacred island "of the Goddess". Károly Kerényi explains:

This name, Dia, which means 'heavenly' or 'divine', was applied to several small craggy islands in our [Aegean] sea, all of them lying close to larger islands, such as Crete or Naxos. The name "Dia" was even transferred to the island of Naxos itself, since it was more widely supposed than any other to have been the nuptial isle of Dionysus.

One legend has it that in the Heroic Age before the Trojan War, Theseus abandoned Ariadne on this island after she helped him kill the Minotaur and escape from the Labyrinth. Dionysus (god of wine, festivities, and the primal energy of life) who was the protector of the island, met Ariadne and fell in love with her. But eventually Ariadne, unable to bear her separation from Theseus, either killed herself (according to the Athenians), or ascended to heaven (as the older versions had it). The Naxos portion of the Ariadne myth is also told in the Richard Strauss opera Ariadne auf Naxos.

The giant brothers Otus and Ephialtes figure in at least two Naxos myths: in one, Artemis bought the abandonment of a siege they laid against the gods, by offering to live on Naxos as Otus's lover; in another, the brothers had actually settled Naxos. 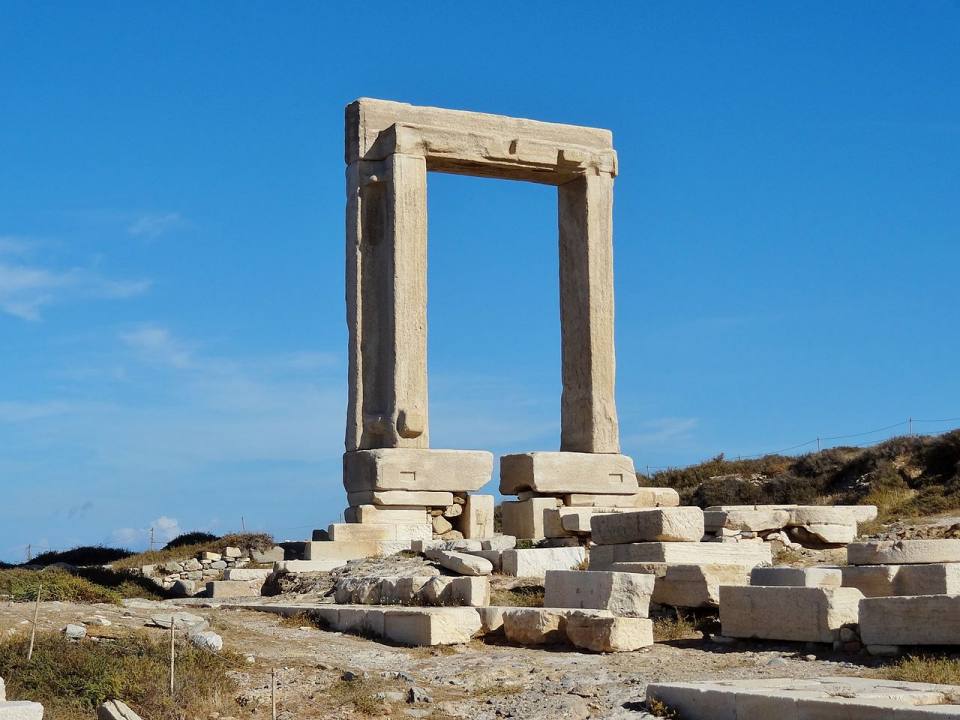 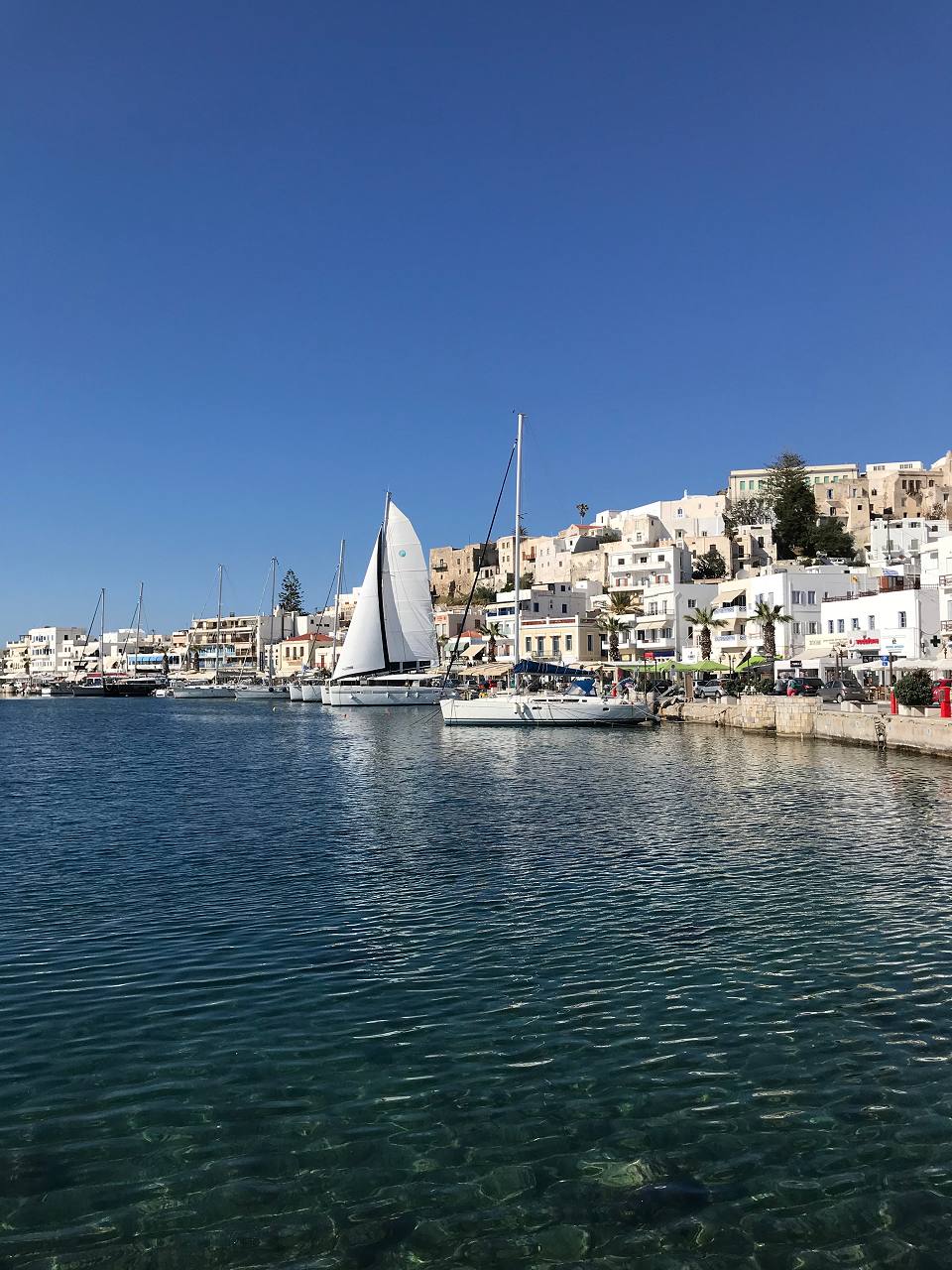 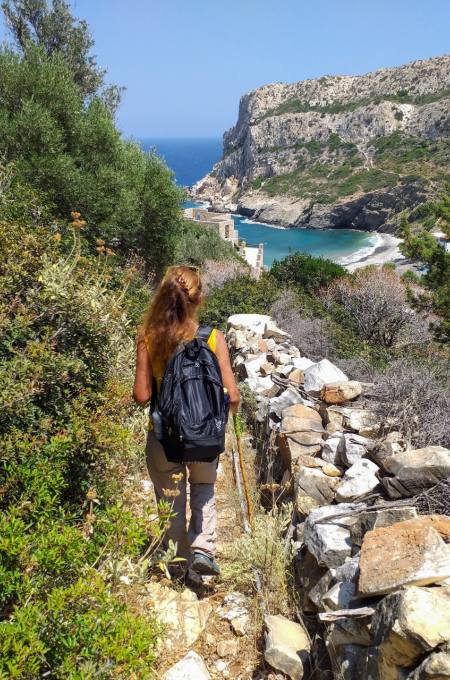 Walk from the mountains down to the beach
2. 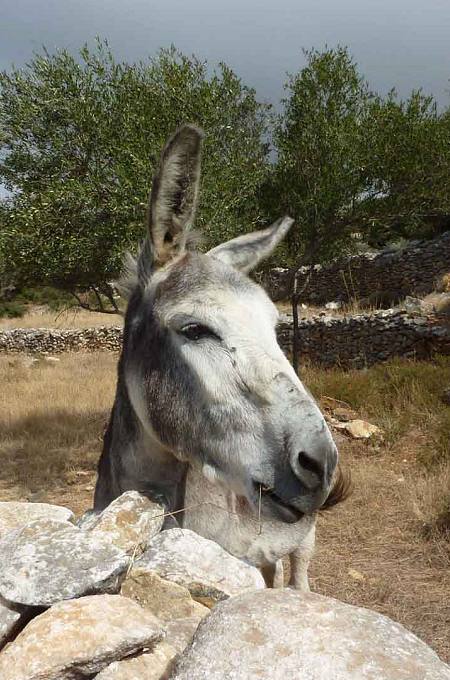 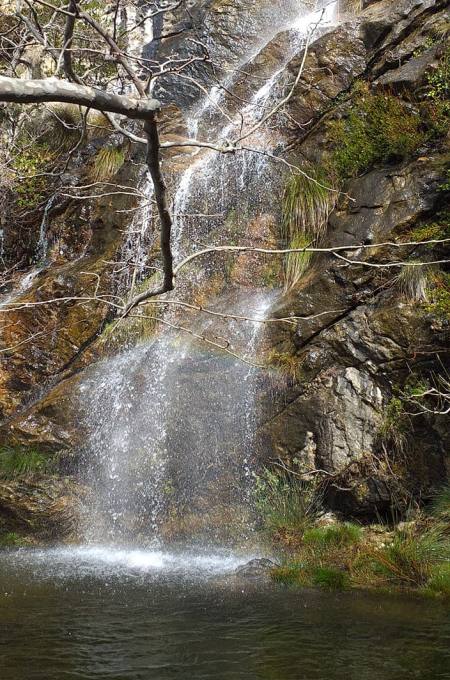 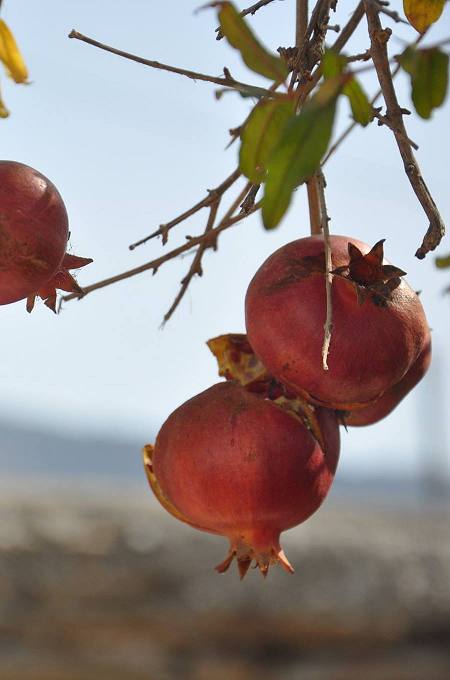 At the Heart of Naxos
5. 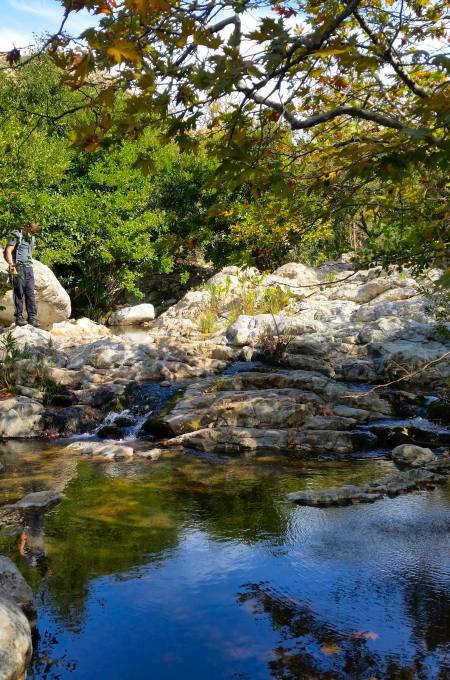 Walking along the riverbed
6. 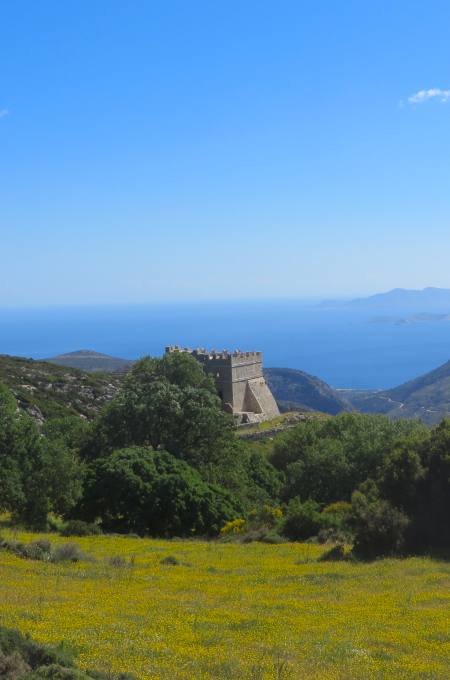 The best view of Eastern Naxos
7. 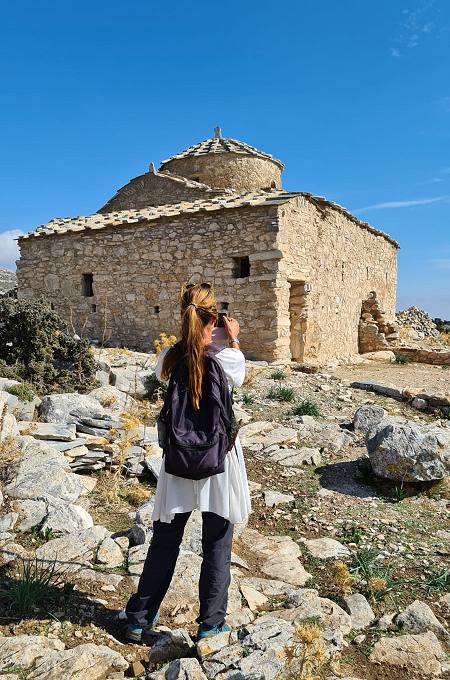 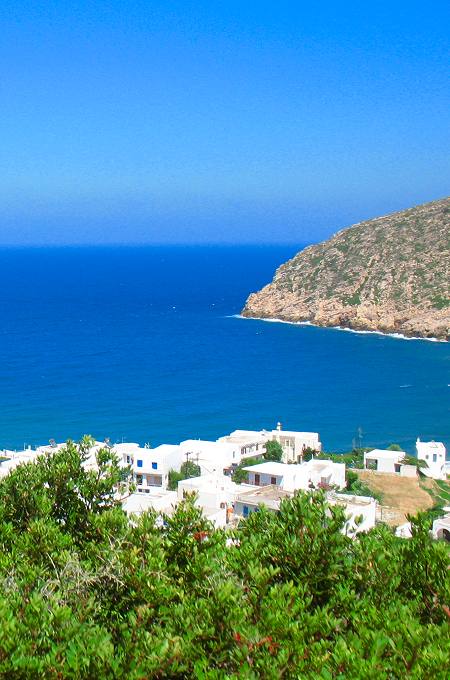 Thank you so much

Recently on Naxos. My husband and I planned to hike. Initially, was just going to go by ourselves. However, I saw a post about Naxos hiking with Stella Korre. SO GLAD WE WENT WITH HER!! Her affection for her island is infectious, her knowledge of Naxos and Greek history is captivating, as well as her knowledge of the plants and their uses throughout Naxos history is so interesting! We would have had a good hike, exercise wise, and seen the sights but would have not experienced the hike with all senses as Stella taught us to do. ... Stella is also adorable, so hire a local girl to take you around Naxos hills and villages!! ... OUTSTANDING DAY WITH STELLA!! 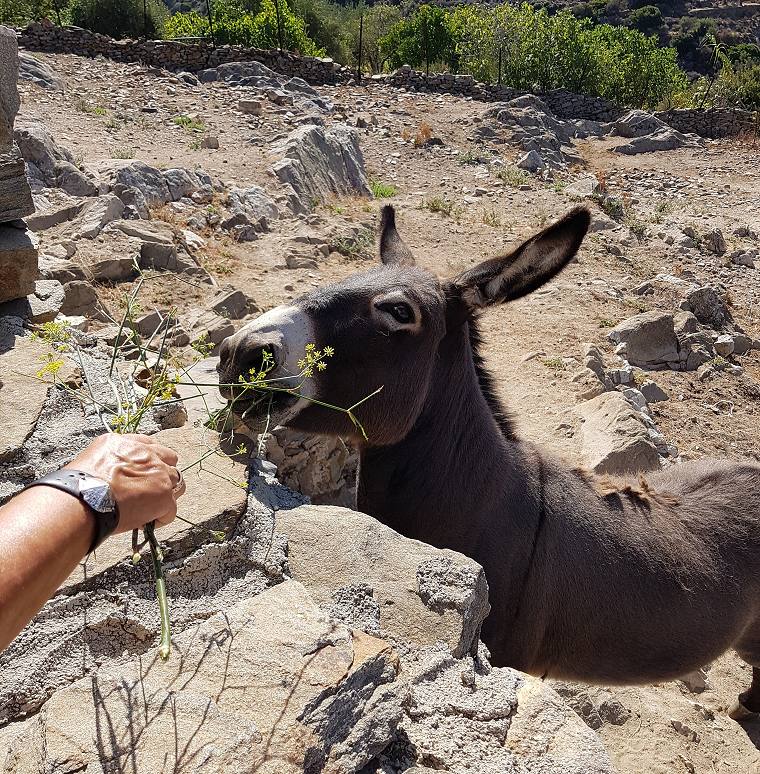 Our first hike with Stella was so amazing that we did two more hikes with her during our visit to Naxos--we hiked through the mountains to the beach, to the waterfall, and around the Seven Villages. Stella teaches you about Greek life and culture, the fruits and herbs along the way, the landscape and architecture--a total Greek immersion experience! And at the end of every hike was lunch at a local taberna with authentic Greek food and wine. I would go back to Naxos just to hike with Stella. 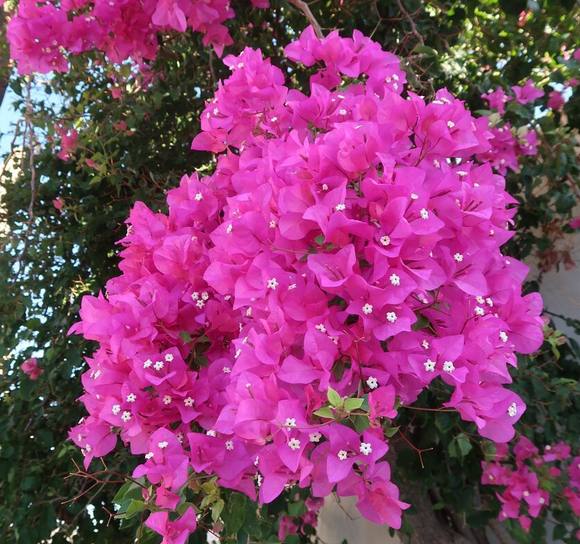 What an amazing hike. When visiting Naxsos hiking with Stella is a must. Stella is a caring and knowledgeable guide.The views of the mountains, the plants along the way and finally the beautiful swim and lunch at the end was memorable. We will definitely do another hike the next time we are in Naxsos. 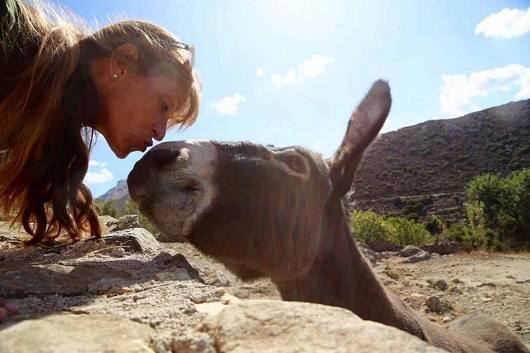 Never a dull moment with Stella. She is a hidden gem

We hade a great amazing experience on our hike with Stella from Koronos to Lionas Bay. Stella has unlimited knowledge on the botanics, history and geography of Koronos region at Naxos. Our group of 16 greatly enjoyed her passionate story telling and learned so much during the beautiful hike. ended with a dive in the waves of Lionas Bay and a fantastic lunch. Highly recommeded. 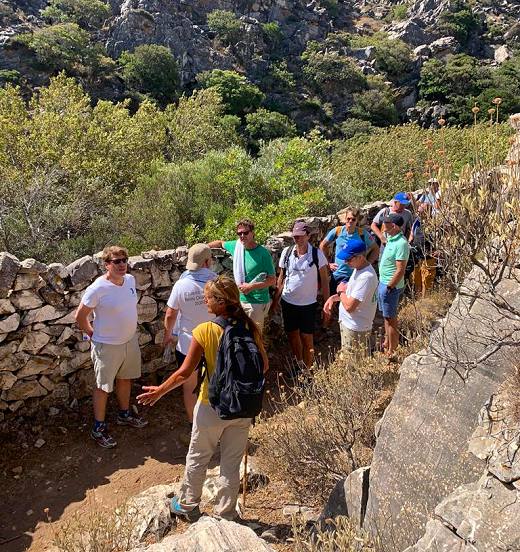 I really enjoyed this 2 days walking with Stella, I did 2 différents hikings , one through 7 beautiful villages of Naxos island. Stella knows about medicinal plants and tells stories about the history of the island. The second hiking is a fantastic way from the village of Koronos to the bay of lyonas. Stella is well organized I really had pleasure with her. 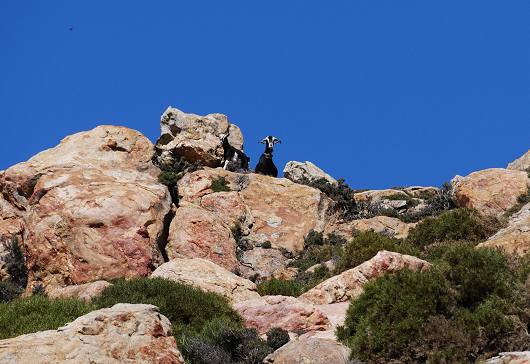 We had a wonderful day with Stella. She picked us up at the hotel in Ágios Prokopios and then drove us to Koronos where the hiking started. The marble path is fantastic! Stella makes us feel very relaxed, shows the different villages surrounding the area and provides a lot of “aromatherapy” experiences with the herbs that grow in the area. 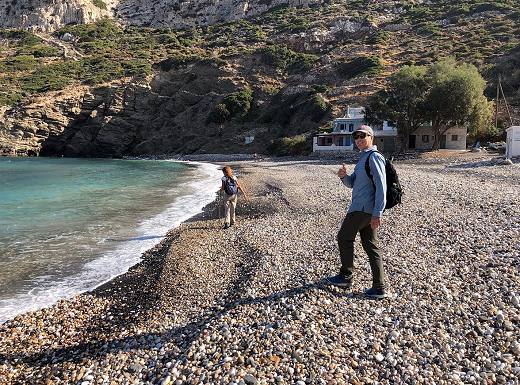 My wife and I have been coming to the blessed island of Naxos for 10 years. This year we decided we must make more of an effort to discover more of the island. Stella is a local lady who gave us a brilliant waterfall walk. She is awesome. Knowlegable about everything Naxos, including plants and herbs founds on the walk. Ignore the rest, choose the best... Stella. 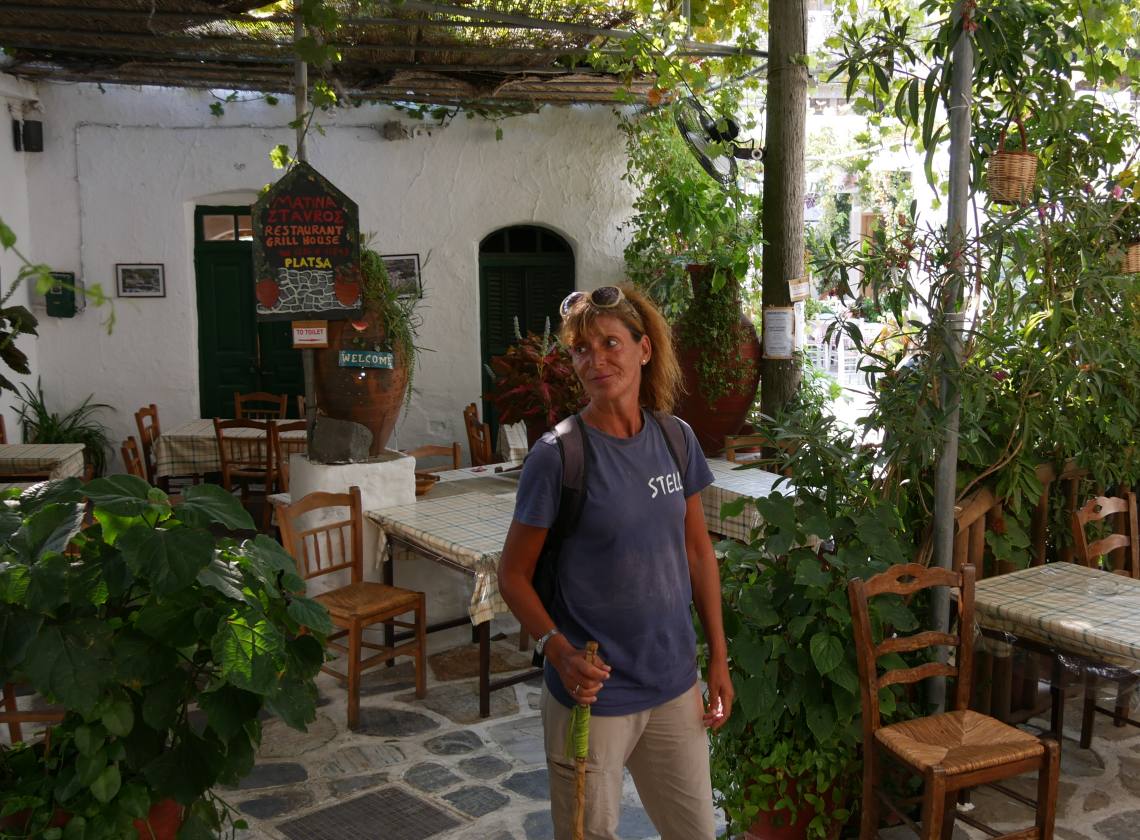